I’ll admit that typically when I write about Montana’s sole representative in the House it’s to criticize him for not really doing anything. This year, however, no doubt inspired by his desire to move 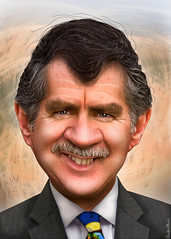 up an office, Rehberg has been a dynamo of activity. Unfortunately, most of it has been bad for Montana and the nation.

Back home, he’s made such poor business decisions that his net worth somehow dropped by over 50%, he’s claimed to struggle with the burden of being cash poor,  he’s pursued a failed lawsuit against the City of Billings and its firefighters, and he’s managed to get Montana’s media to ignore many of his terrible decisions in Washington.

While I’m sure I’ve missed more than a few Rehberg actions this year, these are simply 25 Things Montana Voters Should Know About Dennis Rehberg:

The Trickle Ain’t Trickling Down in Bozeman

The 99, and other key percentages.
Intelligent Discontent’s Most Popular Posts of 2011
Comment